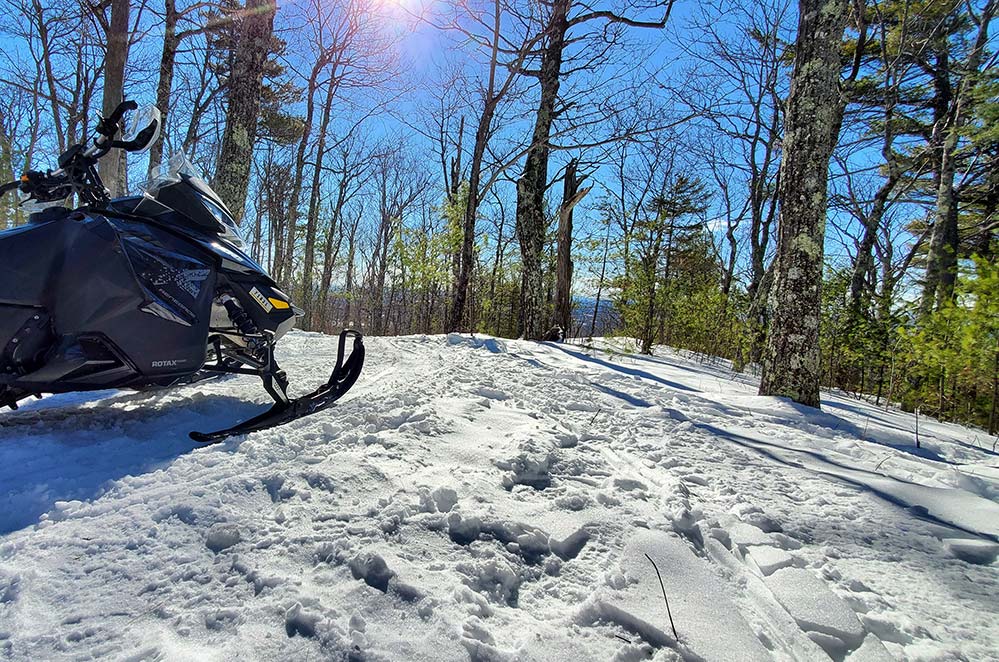 Sunny skies and a quick afternoon ride were in order for this Sunday. Decided to run the loop up and over Red Hill in Moultonborough. Started out from Meredith Bay and took the Bayview Trail to Prescott Park. Ran the powerlines (15) which we’d rate as a 6. They have not been groomed due to lack of snow so all things considering, they were still decent! 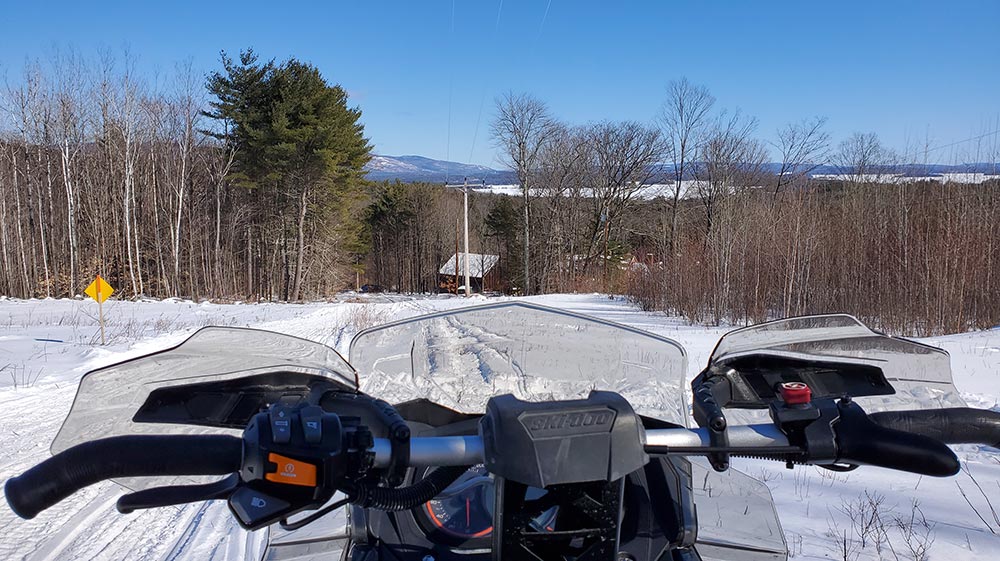 Hopped onto Lake Kanasatka and over to Wakondah Pond (201) towards Red Hill. These trails were well traveled as expected for a Sunday afternoon on the NH/Mass vacation week overlap. The Moultonboro Snowmobile Club made some magic grooming Saturday night. It was still a blast to ride even with the traffic the system received during the day. 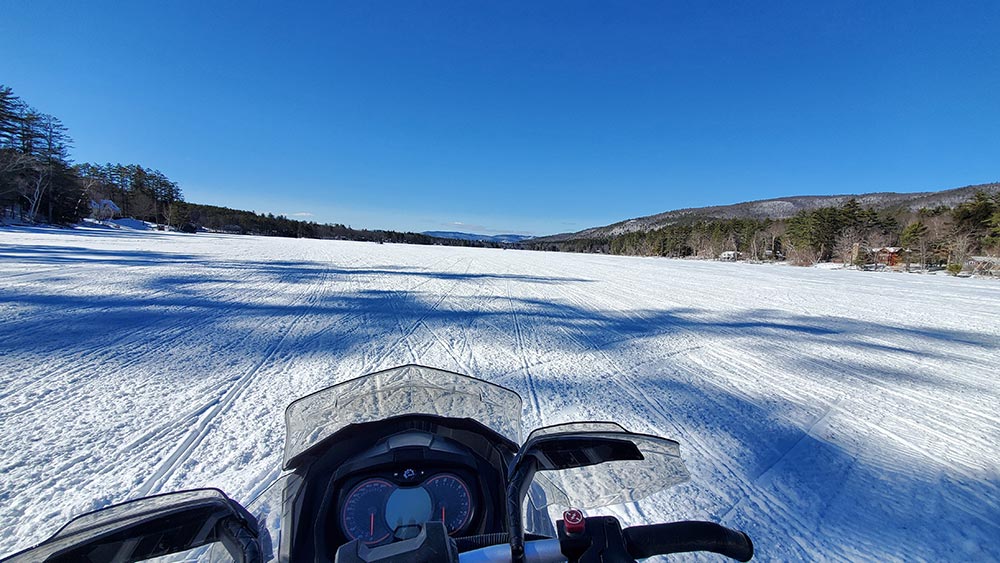 The ride up Red Hill is always a great run. The snow was sugary and the bumps were few. Here’s the view of the Sandwich Mountain Range from the pull off at the top 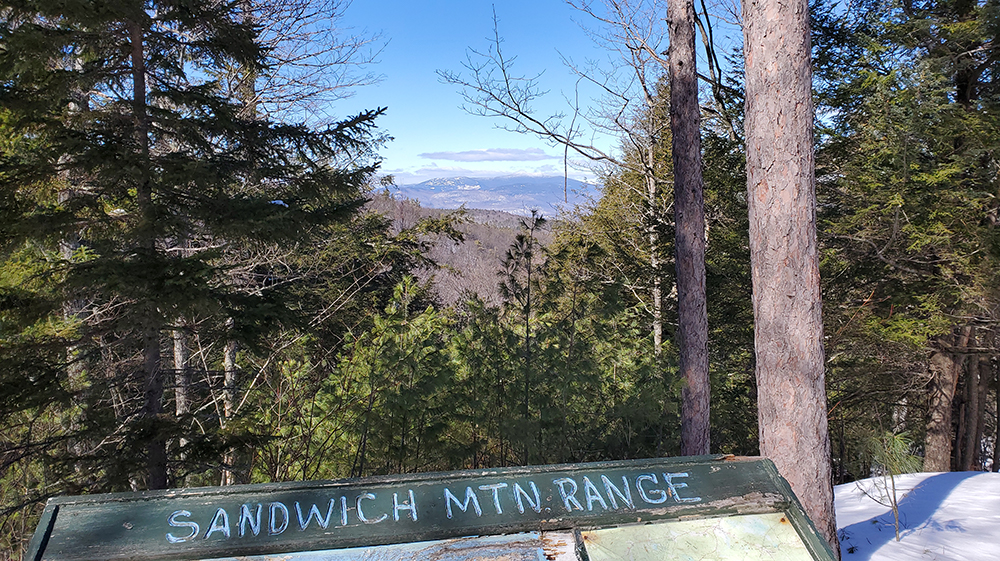 The next stop was to continue the loop back to Lake Kanasatka. Continuing down 201 to 15, we dumped back onto the lake. We followed 15 back to Meredith bay. This quick 30 mile loop made us hungry and a bit “thirsty”. We decided on burgers at Surfside Burger Bar. If you haven’t been to this restaraunt in a while A LOT has changed. You can park on the ice on the bay… 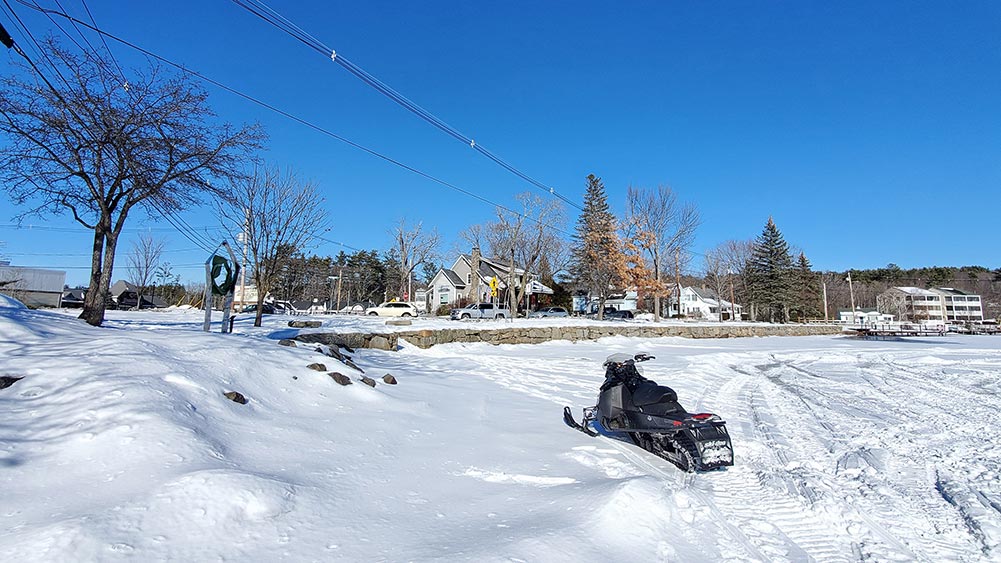 And walk 2 minutes to Surfside. 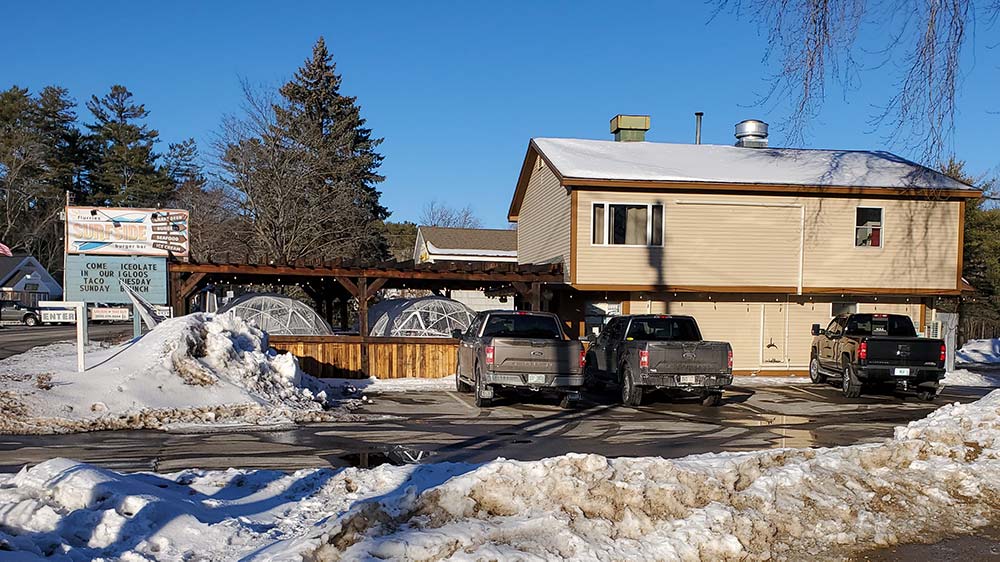 We enjoyed a Moscow Mule at their newly renovated bar… 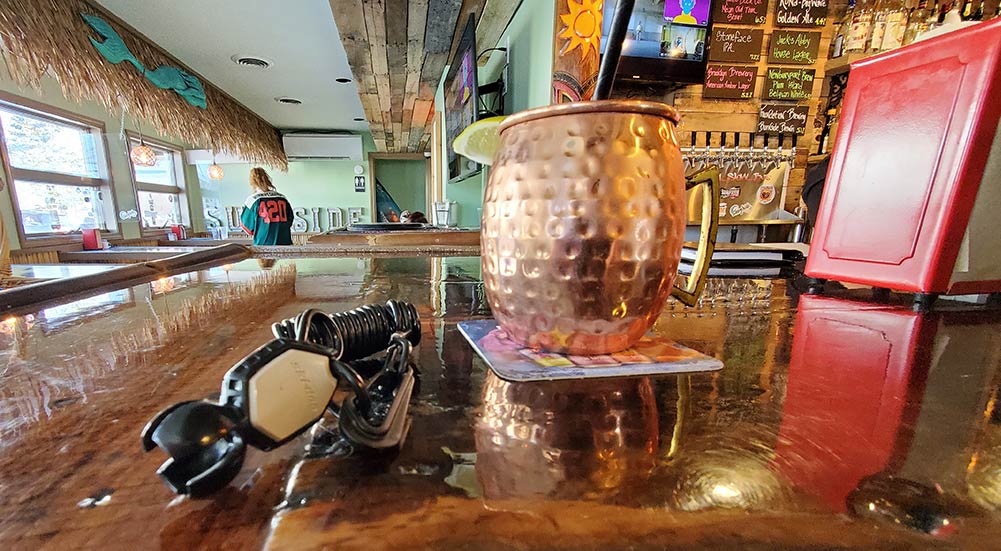 …and smashed a Buffalo Soldier Burger with a side of cheese curds. 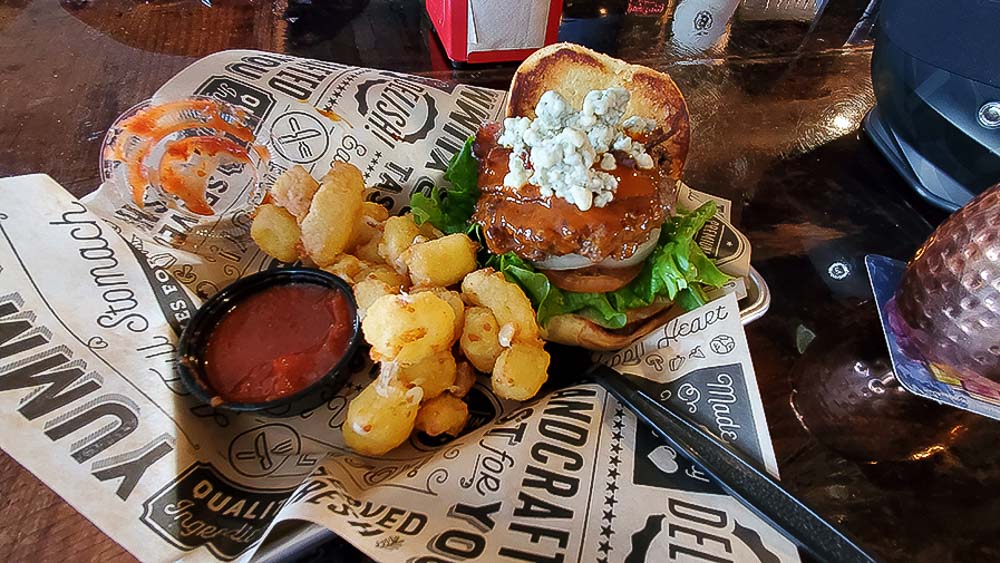 The burgers at Surfside were voted best of the Lakes Region, and you can easily get there by snowmobile! 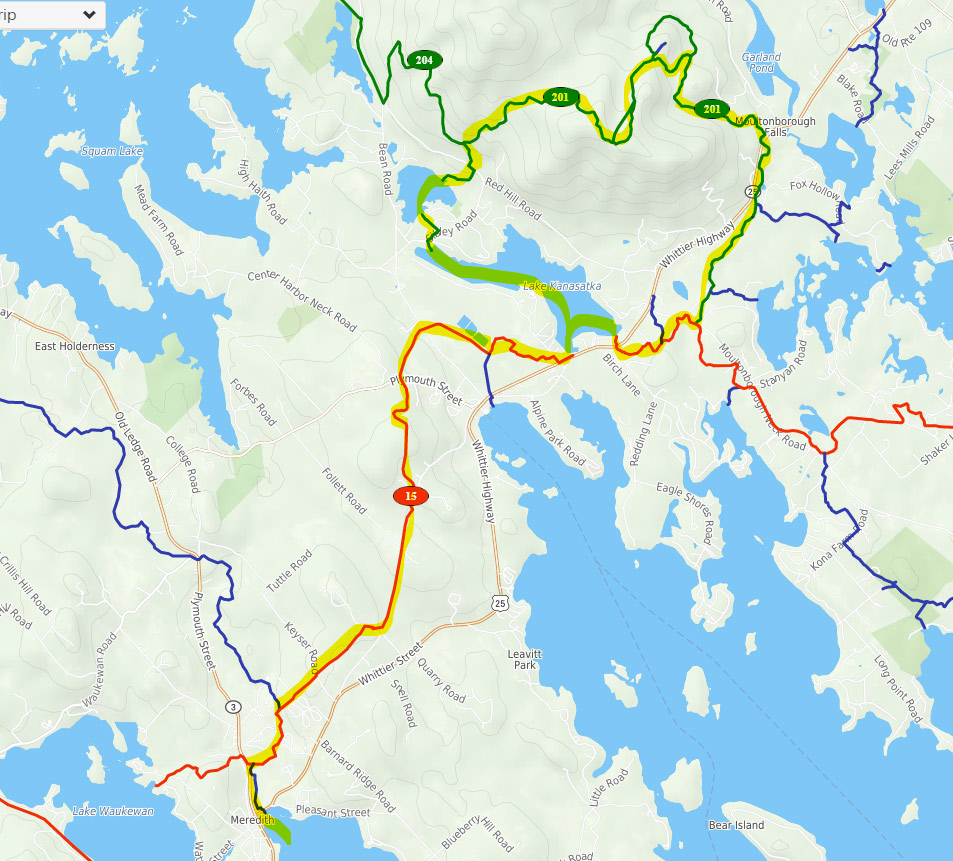 Until next time…remember to ride right, watch your speed, and donate to your local club. It looks like a much longer ride with multiple club members is happening later this week, so stay tuned for more!